Salesforce DX: What’s in it for Admins?

You may have heard the acronym.  You may have heard about how it helps improve the developer experience.  But as an admin, do you know what Salesforce DX is and how it can help you?  If you’ve heard about DX but have no clue what’s in it for you as a Salesforce admin, then you’ve come to the right place. In this blog post, we’ll break down some of the key benefits companies gain by leveraging the tools of DX, how DX can help you as an admin, and how you can add value to your team by helping build sample data that mimics reality for your developers.

What is Salesforce DX?

Salesforce Developer Experience (DX for short) provides developers with a mechanism to create and deliver continuously on the Salesforce platform. More than just a set of tools, DX empowers teams to work better, faster, and smarter. It does this by improving the flow of change management with better collaboration via a version control system (VCS), narrowing the focus of testing and validation by creating scratch orgs, and securing combined changes with a shift from org specific deployments to package deployments.

While these tools may be developer focused, the entire Salesforce delivery team (including admins!) can gain benefits when developers improve their processes.

The Value of Salesforce DX

The Salesforce Sandbox of the future! Set up a Scratch Org with different features and preferences within a source-driven, fully configurable, and disposable environment that can be used for developing configurations and automated testing.

With Managed Packaging, customers and partners can organize their metadata and distribute apps while adopting a source-driven, CLI-centric approach to automate and manage the end-to-end app lifecycle.

Collaborate on a “Source of Truth” for code with Version Control

Build together by shifting the source of truth from the org to a version control system (VCS), plus enable the use of modern collaboration technologies such as Git and third-party test-and-build automation tools.

With the Salesforce CLI, a powerful command line interface that simplifies development and build automation, your developers can control the full application life cycle of your Salesforce apps.  Using CLI, your team can quickly develop and test via code within new environments, synchronize code across orgs, and perform testing.

How Can Admins Leverage DX?

While the brunt of the benefits are catered to Salesforce developers, that doesn’t mean that administrators can’t find value from DX. Scratch orgs created via DX are great for ad hoc declarative development when you want to try something new without compromising existing work within a sandbox. These orgs, which go away after 30 days, are intended to be ephemeral and quickly created with only the metadata and packages needed for a scope of work. For example, if you have 20 managed packages and you only need 2 or 3 to try out a new idea for a change, use Developer Hub to create a scratch org with only the 2 or 3 packages you need.  If Developer Hub is a mystery to you, ask a developer for help. Just make sure to ask them nicely.

And with the Prodly AppOps plug-in for Salesforce DX, scratch orgs can be seeded with the reference, master, and sample transaction data needed to validate your new idea.

How Can Admins Improve DX for Developers?

When it comes to validating new changes before they make their way to production, the devil is in the details.  This includes how the change is being validated, and if your developers aren’t validating against real life data, there’s a chance you’ll face a real life problem if a bug makes its way into your primary production org. How does your team get around this? Make sure your entire team is consulted to build a uniform set of test data that developers and admins alike can leverage.

By integrating AppOps Release with Salesforce DX via Prodly’s plug-in, admins can build data sets for routine scratch org seeding of reference data as well as sample master and transaction data. Similar to how your team uses Prodly for sandbox seeding, scratch orgs can be seeded with the same data sets after all metadata has been pushed from your development hub. This gives developers a sense of relief that they don’t have to use the same scripts to build sample records which could be obsolete over time.

For more information regarding Prodly’s plug-in for Salesforce DX, check out https://github.com/prodly/appopsdxcli or reach out to a Prodly Customer Success Manager to find out how your company can leverage the plug-in to improve data seeding for scratch orgs. 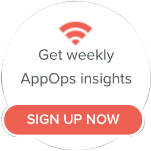