Our engineers have been busy working on making it easier to manage changes to low-code apps. We’ve packed a lot of new functionality and enhancements to existing features into this release. Without further ado, here’s what we released today.

Release changes faster than ever with AppOps Release

Perhaps our most requested feature as of late, we’re excited to introduce Deployment Previews to give users even greater confidence in their deployments. This quick sanity check allows users to run a simulated deployment and review the records that will be deployed—before clicking deploy. By validating the desired records will be deployed from the start, Deployment Previews will also reduce the need to re-run deployments.

Establishing connections to different Salesforce orgs is the first step to any deployment, but we know it has been frustrating having to re-establish them every time you refresh a sandbox. With Fall ‘20, we’re introducing a better way to connect to your Salesforce orgs using OAuth 2.0 JWT. In addition to eliminating time spent re-establishing connections, if you authorize a production org this feature will also automatically create connections for all of the associated sandboxes.

Obfuscating data during deployments is critical to keeping sensitive data safe. However, real humans still need to be able to use it when completing projects and testing expected behavior. So we’ve made scrambled data easier to readable. For example, the name “John Doe” will now be scrambled “Bob Joe” instead of “JJdbk dlHw.”

Sometimes deployment mistakes happen, and at those times wouldn’t it be nice to hit an oops button? With Rollback you can easily revert to a previous state if needed. This is possible via AppOps’ integration with GitHub, which provides a full audit history of what changes were made, by whom and when.

When we introduced the first iteration of AppOps Test in Summer ‘20 the feedback was clear. Customers loved being able to regression test for new Quote calculations, but didn’t want to have to remember to run test cases. Today I’m glad to share scheduling is now possible creating fully automated regression testing for Salesforce CPQ. Simply schedule your tests to run (at any frequency – daily, weekly, monthly) and rest assured AppOps Test will notify you of the results. 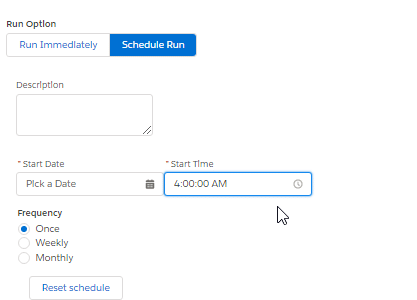 In addition to scheduling, we’re also rolling out the ability to test more complex scenarios in Salesforce CPQ. New support for amended and renewal Quotes, as well as Contract Subscriptions and Assets will ensure CPQ is performing as expected for all types of quotes, renewals are accurate and contracts are working correctly. 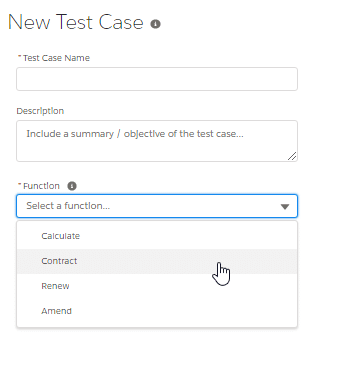 Have an idea for a new functionality you’d like to see in AppOps? Submit and vote on product ideas in the Success Community.

Or join our Prodly User Research Program to directly shape the future of AppOps and get early access to  new features.